On the 17th of November 2022, CPE launched the results of the first European-wide patient survey in genomic testing in breast cancer.

4 out of 5 breast cancer patients eligible for genomic testing are not told it is available to them.

The survey was completed by a total of 1,383 respondents from five countries (France, Germany, Italy, Spain, UK) over a six-week period in September/October 2022. Eighty-three percent (83%) of respondents had breast cancer; 50% of whom were eligible for genomic testing. The results revealed an overwhelming lack of awareness and need for medical professionals to communicate about genomic testing in breast cancer:

The survey is a part of a wider initiative, My Cancer my Concern (myC), launched by CPE to raise awareness of the benefits and value of genomic testing in cancer, which allows eligible patients with early-stage breast cancer the opportunity to benefit from personalised or precision medicine. Genomic testing can also help in some treatment decisions, including whether patients are likely to benefit from adjuvant chemotherapy. The project encompasses CPE’s broader goal of improving the management of cancer for patients across Europe. 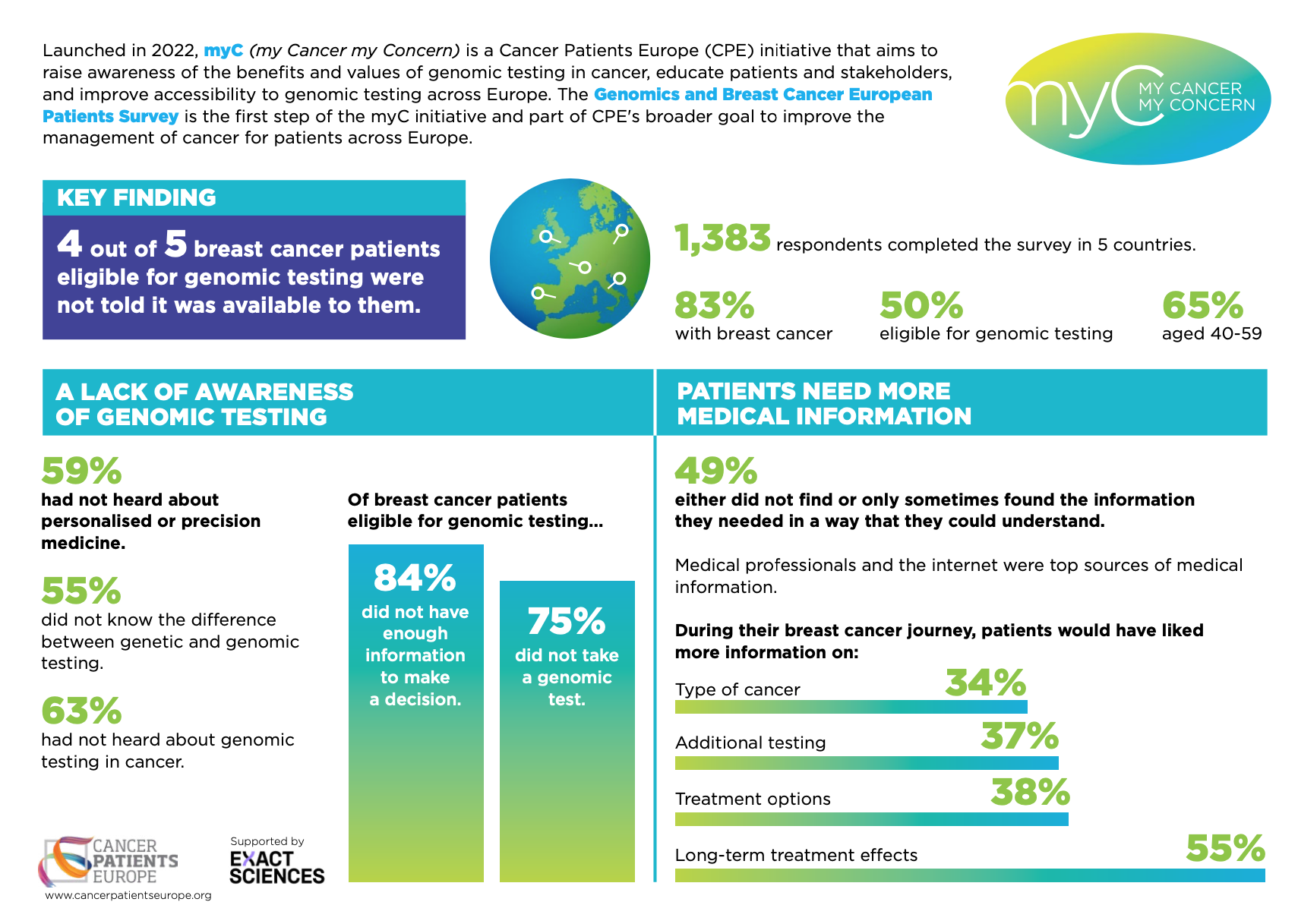